Viktoria Rebensburg proved to be in top form at the weekend in front of a home crowd in Garmisch-Partenkirchen and came 2nd and 3rd in the Super-G and the Downhill.

Under sunny skies on Saturday it became clear right from the start why the Kandahar, the World Cup Run from 2011, is one of the most strenuous slopes of the entire World Cup competition. Five of the first seven competitors were forced to drop out of the race. Viktoria, however, did not allow herself to be put off either by that or the fact that her training session the day before had been cancelled due to the weather – not exactly the best form of preparation. Despite the two winners of the Giant Slalom breathing down her neck, she was highly motivated and ready to attack. As the 21st competitor she gave a strong performance and managed to cross the finishing line in second place behind Fabienne Suter from Switzerland. The only one to top this was the American Lindsey Vonn, who left the box immediately after Viktoria and came in first.

”I am really happy with my third place. In the last few downhill races I was already starting to feel that everything was going well, it is just the results that don’t quite tally yet“, were Viktoria’s comments on her first podium place in this speed discipline this season.

The next day the 26-year-old was able to show the world she was in top form. In the Super-G she nailed a really courageous run in which she made some really good time in the second half of the stretch, managing to squeeze into second place between Lindsey Vonn and Lara Gut from Switzerland who later won the race.

„Second place in front of a home crowd – of course, I am doubly elated. The atmosphere was absolutely fantastic”, Viktoria commented happily.

This coming weekend our DSV athlete will be taking part in the downhill and the alpine combination in Crans-Montana in Switzerland and she intends to build on the success of last weekend. 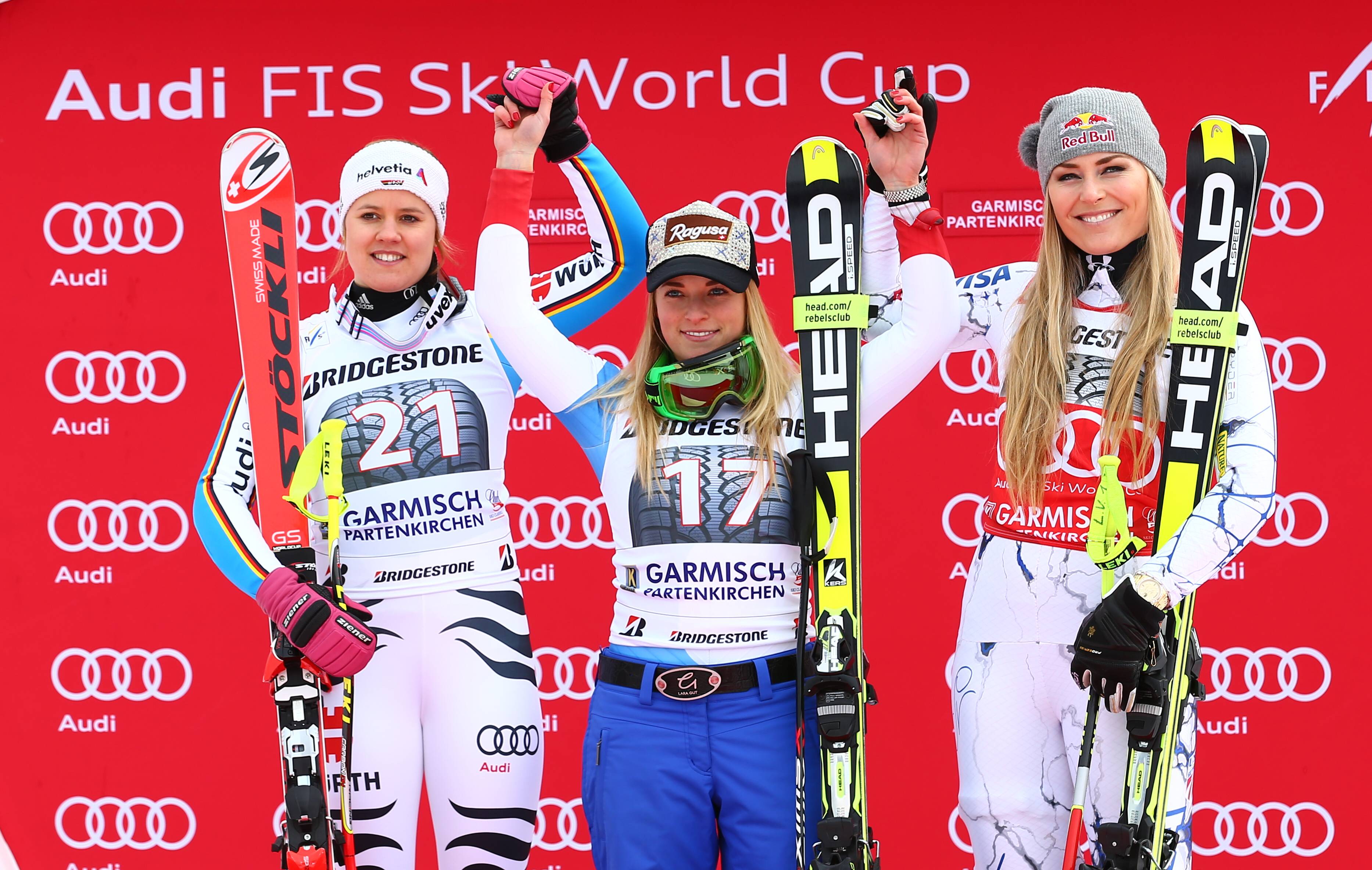 Over the last few weeks Viktoria, versatile as she is, has been getting into a…