This year all the ski cracks are meeting up for the season’s Grand Finale in St. Moritz, Switzerland. Viktoria Rebensburg, who is, taking part in three races, came sixth in yesterday’s Super-G.

Viktoria was 19th to set off down the “Corviglia”. She soon got into an excellent rhythm, gathered more speed in the middle section and came in as the fourth fastest after the first run.

“I am not quite so happy with the middle section. 6th place is OK – even if I thought I could have done a little better,” was the DSV athlete’s comment on her performance and made a very motivated impression with respect to the next race, the Giant Slalom. On Sunday I am going to give it my all. I am going all out for victory, so that I will still have a chance at winning the little crystal ball.” Viktoria is 52 points behind Eva-Maria Brem at the moment.

The last Super-G of the season was won by Tina Weirather of Liechtenstein, followed by Lara Gut of Switzerland, who managed to secure the position of overall top point winner. Cornelia Hütter of Austria came third.

Then on Wednesday in the Downhill it was already all over for the 26-year-old from Kreuth in Bavaria. In the third section of the famous “Engiadina” run she missed a right-hand curve and was forced out of race. “I wanted to attack and actually skied the fastest line. Visibility, however, made it one of the hardest lines to ski – unfortunately it didn’t go the way I wanted it to,” were Viktoria’s comments on the run.

The day was won by Austrian Mirjam Puchner, 2nd and 3rd places went to Fabienne Suter of Switzerland and Elena Curtoni of Italy. 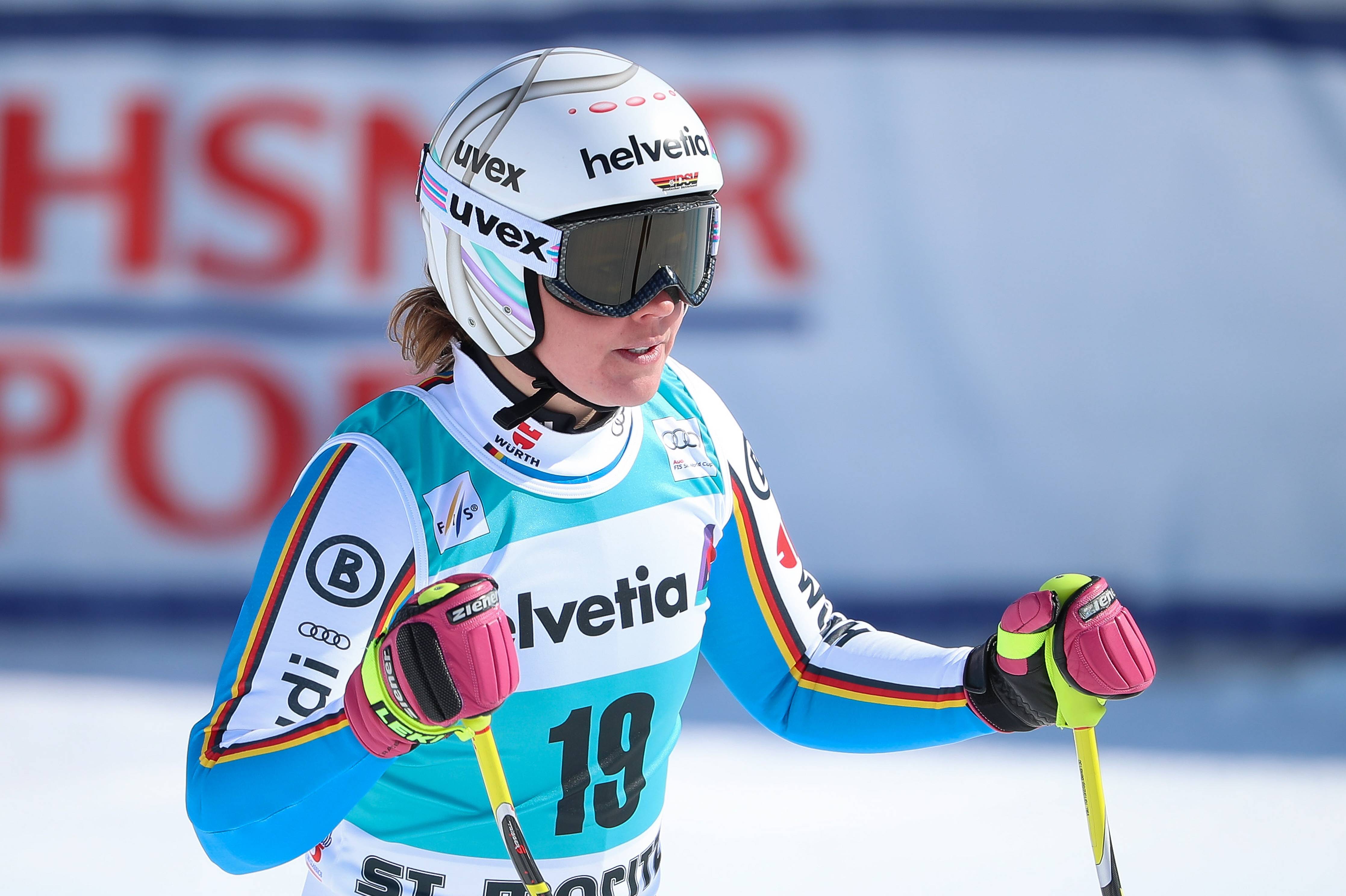