Because the giant slalom results in the World Cup were not as good as expected, her supplier Stöckli packaged the 2010 Olympic Champion a new giant slalom ski for the seasonal highlight in the USA. The 25-year-old used the first run to test her ski in a race and to get used to it. She finished 11th and was 80 hundredths off the podium.

Whilst others might have given up on their chances to win a medal, Viktoria presented herself optimistically. She admitted she had been “a bit too cautious”, but promised: “I will put everything into the second run. There is still a lot possible. We have great conditions and it is much fun.”

No sooner said than done: Viktoria took full risks and clocked the best second-run time of 1:09.88 minutes. After this strong performance she had to wait while one after another competitor dropped behind the only participating German.

Only Anna Fenninger (AUT) managed to profit from her advantage of 1.7 seconds and won gold. Jessica Lindell-Vikarby from Sweden came third.

“In the World Championship only medals count. I am very happy that the giant slalom was so successful, for me and the entire team”, said the heavily delighted giant slalom specialist and added:”I guess I am back where I want to be in this discipline. It is a great feeling. I am really enjoying it.”

Now Viktoria has to take the won energy and motivation into the last five World Cup stations. The next one is the giant slalom in Maribor on Saturday. 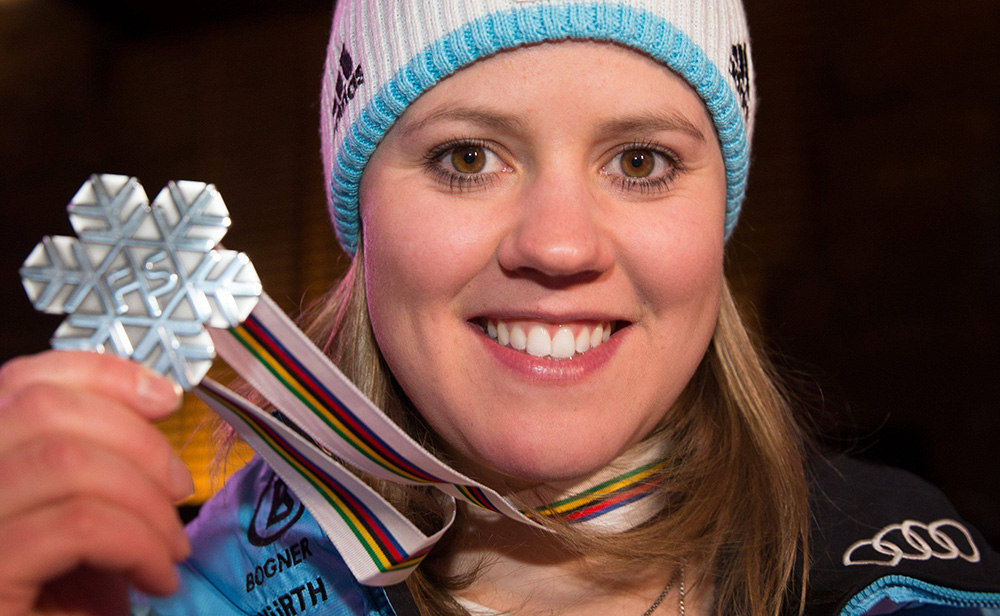