Viktoria Rebensburg confirmed her great World Championship giant slalom performance and just missed her first win of the season in the Slovenian Maribor. Just as in the USA she finished second, only beaten by Anna Fenninger from Austria. Tina Weirather from Liechtenstein came third.

Under perfect weather conditions Viktoria already raced to an excellent position after the first run. Temporarily even on the way to the best time, she finished the first run second, 0.03 seconds off the giant slalom World Champion Anna Fenninger (1:11.62 minutes).

“I feel very comfortable in giant slalom, it is a lot of fun”, Viktoria commented the intermediate result. Again, in the second run the 25-year-old could not be stopped by her competitors and had an advantage of 0.26 seconds. Only Anna Fenninger managed to beat her by four hundredths showing a great performance in the last section.

“I do not really know how Anna managed to win those last hundredths”, she wondered after the race. Because of a persistent cold after her journey back from the USA Viktoria was not able to train normally last week. “This might have been the reason, why the power and the aggressiveness were missing in the end”, was her analysis.

After two second places and the perfectly working new ski, her old confidence is back: “I am close to the top. My aim is to win a giant slalom now. Either in Are or in Meribel.”

However, first of all her priority will be on Bansko next weekend and Garmisch-Partenkirchen where she will try to continue winning valuable World Cup points in super-G and downhill. 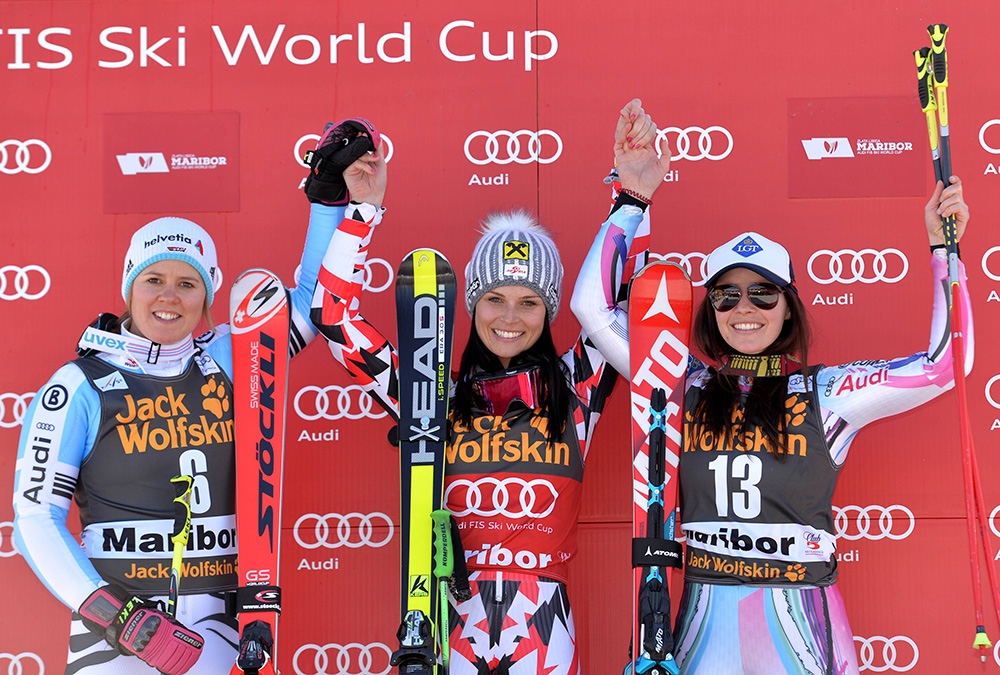