The last few months for me have been really beautiful and eventful – I have had a good season, in which I was able to put a lot of the things I had planned for the season into practice. The first few weeks of racing were almost like a new start for my team and me, because in the summer we had put our focus very much on my original discipline, the Giant Slalom – and our approach proved to be successful.
With most of the World Cup races I took part in, I was pleased with the way I tackled the runs – I always skied full throttle to get the most out of every race.

Sölden and Killington showed me that I was prepared to the hilt, had a lot of energy and that I had made good use of the summer. I was full of motivation and was happy that the season had finally started. Both competitions were organised really well and the atmosphere was great – both venues gave us something back for all the hard work we had done in the summer months. This really built me up and gave me hope for the races still to come.

In Val d’Isere, after a really good Super G run, I suddenly hit something and came a real cropper. That was a shock and I realised that something was not quite right with my body. So it was extremely risky for me to enter for a later race in Courchevel – I did not feel secure and was afraid that maybe something else might happen.

I couldn’t take part in the events in Bad Kleinkirchen and Cortina d’Ampezzo because I had contracted viral flu. No training, no racing, I had to wait two weeks to make sure I was physically fit again. That was hard for me. I also did not know if I would be able to regain my earlier form after this forced break.

In Kronplatz and in Lenzerheide these worries vanished into thin air. The actual races were really cool, the atmosphere in both venues was just right, and everything was just perfect: my body, the material, the snow. The fact that I had managed to return to competitive skiing at such a high level was a surprise for me, too.

And then came the Olympic Games – a very special event for every athlete – one that promotes the idea that sport can build bridges for us all to live together in peaceful coexistence. In the Olympic Village I was able to to come together with the many outstanding athletes and this enabled me to feel both the Olympic spirit and the international team spirit. I really have great respect for all the athletes who travelled long distances to give their best performance and win medals. I, too, was in a state of tense excitement and this made my time in the Olympic Village very special. I come from Tegernsee, a region that is famous for its winter sports and all the traditions that go with them – but it was this typical winter feeling that was missing for me in Pyeongchang.

In Ofterschwang I experienced a “home race” where the crowds watching were outstanding. It was a great moment to cross the finishing line and see and hear everyone cheering loudly. It was an audience that really lifted every one of us skiers and helped us all to enjoy a racing day that was just perfect.
In Are I was once again able to show what I was made of. We had changed my set-up a bit, and it worked right from the start. I am now in a good starting position for the new season , enabling me to feel highly motivated and confident. I might not have taken part in a lot of races – but I actually managed to score more points.

Having won the little crystal ball again means a lot to me. This little ball shows me that I had a good season. In many races I was able to show my particular drive and élan, some of my runs were perfect and some of them were just a few hundredths of a second off the mark. In a sport like mine it is all par for the course and also gives us a bit of breathing space for the new season!
The little ball has motivated me again for the next season. That is the beauty of sport – you learn from your failures and your victories drive you forward and give you an incredible amount of energy for the next few years. 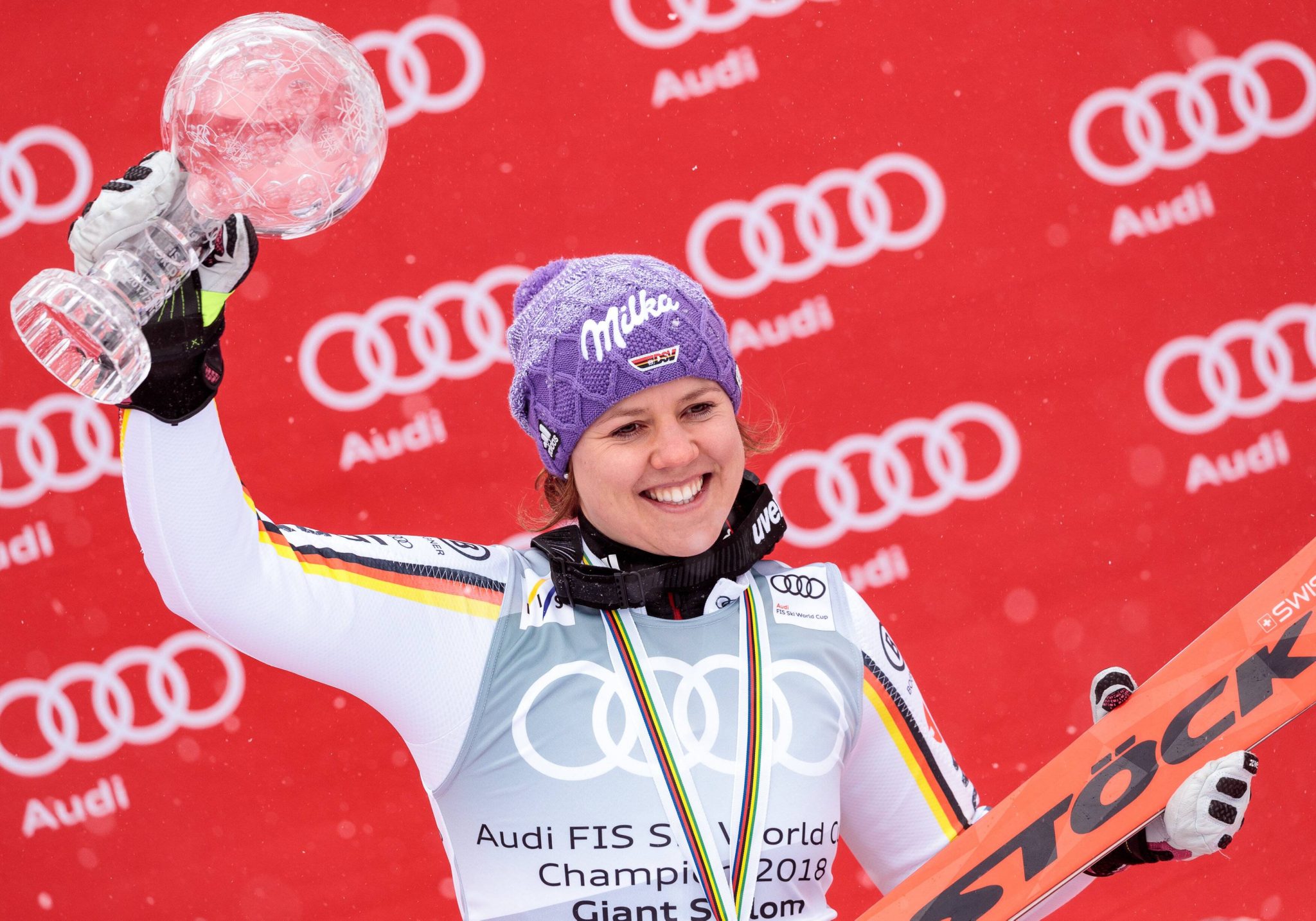 See you in Pyeongchang!

Just before I set off for Pyeongchang, I would like to take a first look…

I actually started my training right after the World Cup finals in March. I decided…

I have mixed feelings about the World Cup competition in Lake Louise, and this was…