In the giant slalom in Flachau, Austria, Viktoria Rebensburg secured her first World Cup victory of the season. After coming second in the first run the girl from Kreuth, Bavaria, performed brilliantly in the second run and gained a lead of 0.94 seconds on Ana Drev (Slovenia) who came second.

The venue for the race had been moved from Ofterschwang to Flachau due to the weather and snow conditions. This suited Viktoria who was first out of the box. She was in top form and highly motivated and she showed this right from the start. It was clear that her aim was to top the excellent results she had already gained in the competitions of the weeks before. The only competitor to fight back was Ana Drev who came in 0.04 seconds faster than Viktoria in the first run.

Visibility, which had been good so far, started to deteriorate during the second run and demanded 100 per cent concentration from the skiers. Viktoria was not put off by the conditions and proved she had nerves of steel. She was the second to the last competitor to leave the box and succeeded in steadily increasing her lead and was 0.99 seconds faster than Federica Brignone (Italy) who had been in the lead so far. The last competitor, Ana Drev, did not manage to match the performance of the girl from Kreuth in Bavaria and finished the race in second place.

I am over the moon, all the hard work of the last few weeks has paid off. A huge thank you to my physiotherapists, coaches and the whole team. The one thing I have learned today is that you should always believe in yourself and that you have to be patient, even if sometimes things don’t go the way you want them to,“ commented Viktoria.

There were also some words of praise from Wolfgang Maier, Director of Downhill Skiing at the German Skiing Association, “A masterful performance. When you think of all the problems the other competitors had – that was absolutely top-notch.”

This coming weekend in Cortina d’Ampezzo Viktoria is aiming to build on her performance by making it onto the podium in both the downhill and the Super-G. “The secret of success was giving the same performance in both runs. And that is what I am going to try to do in the races to come.” 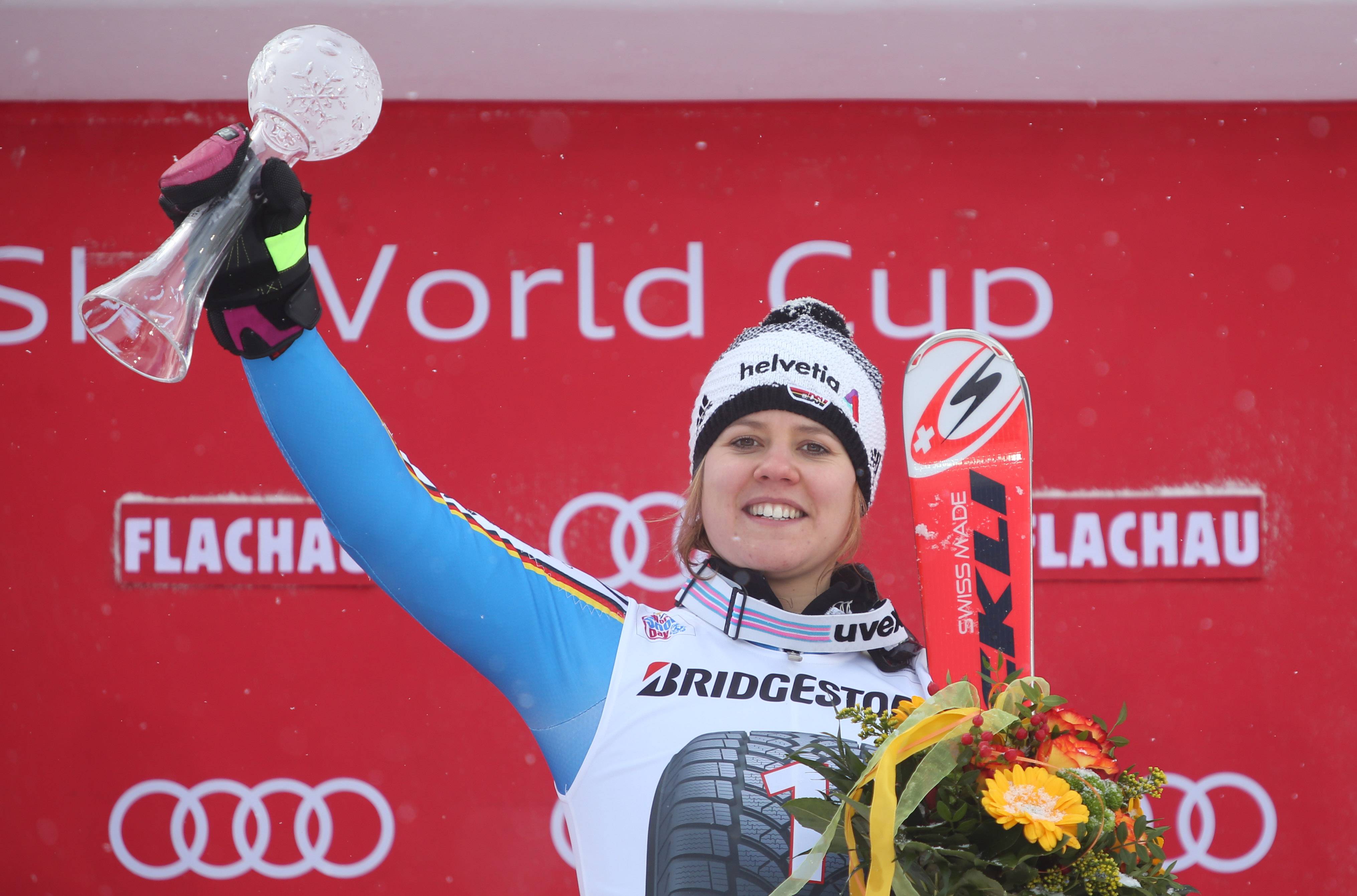 The Focus is on the New Season

Before Viktoria went on her well-deserved vacation, the DSV athlete made good use of the…